Pazinopbn 2
Available
Hi, how can I help?

5 major warning signs of an impending building collapse in Nigeria

Recently, the Nigerian housing landscape has become home to quite a troubling amount of building collapse, which many are quick to attribute to the ‘devil’, poor structural features or the contractors who built it.

The sheer amount of billions and sometimes lives that have been lost during the last decade or so, to these building collapses are a cause for concern, and that is exactly why i have set out to write about it.

Unlike acts of terrorism or natural disasters, a building doesn’t just pack up and collapse. A building collapse comes with warning signs that most times, we unconsciously ignore or pay very little attention to.

You will agree with me that if some serious level of attention had been paid when this telltale signs were first noticed, the resultant loss of life and properties could have been easily averted.

Paying attention to those signs can go a way in helping you raise an alarm on time and initiate preventive measures.

However, i feel the need to warn you. It is equally dangerous to commence renovation immediately without first engaging a proper real estate professional to carry out a structural integrity test on the building.

This test can help point out what parts of the building is the weakest, as well as where and how to begin the renovations.

Believe me, this comes at almost zero cost compared to the loss resulting from an outright building collapse.

There are quite a number of reasons why a building collapse could happen. It could be as a result of an act of terrorism, a structural failure or natural disasters like an earthquake, hurricane, flooding, landslide, tornado or a mudslide.

Nigeria has suffered its share of building collapse in the past with several cases of buildings collapsing and killing scores of people. On December 10, 2016, Nigeria was hit by a tragedy when a church collapsed in Uyo, the capital of Akwa Ibom; killing over 200 people.

Same accidents have happened in several other places including Lagos, Ibadan, Ogun State. Remember the Synagogue building collapse too?

According to the General Manager, Lagos State Building Control Agency, Sola Adeigbe, a total of 1,104 buildings were sealed from Between June and October 2017 across Lagos State as a result of defective or illegal construction.

The fact remains that buildings do not just collapse. There are always warning signs.

The moment you notice any of the warning signs we will discuss in this article, immediately evacuate the building and make it a point of duty to notify your nearest Local Council Development Area (LCDA).

Cracks in the wall

When you begin see large cracks in the walls around the house, please note that those are signs of an impending accident.

Large cracks are different from small ones. Those ones are mild and don’t pose an immediate danger to your building.

But when the cracks go beyond mild and grow wilder, then it becomes something you should be concerned about.

This is another red light.

Dilapidation leads to deterioration in the support structure of the building. When you start seeing these deterioration on your property, then know it is a disaster waiting to happen. Your property is in danger of a possible building collapse.

One of the most dangerous warnings of an impending collapse is when the house is moving.

There are times when you would notice that certain parts of the house have shifted from their original position.

This means that over a period of time, certain parts of the house have shifted from their original position as a result of foundation problems.

The signs of this movement are major cracks on your wall or when it becomes difficult to lock your doors or windows again.

Technically, when the foundation of the building shifts, it sets into motion, a disturbing number of serious events throughout the house, which forces the house to move.

When the house you live in begins to make creaking and popping sounds, you should be very worried.

When a house creaks, what is happening is that the metal parts contract much more than the wood does. As a result, the nails, pipes and air ducts rub against the wood.

Also, the wood rubs and grinds against other wooden parts of the structure, which creates the creaking sounds.

If you ever find yourself hearing weird sounds and cracks especially during strong winds, it’s a sign you should pay attention to.

Structural Dampness can cause building collapse

Another telltale sign is when you begin to notice mould or rot around certain parts of the house like the ceiling, the interior of the walls, the floors.

These are parts that ordinarily shouldn’t be wet because they have been structurally reinforced to resist moisture. So when moisture penetrates these barriers, it becomes a sign of a building collapse.

There is a saying among builders that, “a building is only as strong as its foundation.” This is an age-old wisdom because in real sense, a foundation is structured to carry the weight of a building.

Therefore, it is only logical that when the foundation is faulty, the building above it suffers. This can cause the building to collapse at any time.

When there are gaps between the walls and floors of a building, you must understand that this is a structural defect that could end very badly.

There is no building that will collapse without giving at least any of the above warning signs. So it is important you pay attention to your properties for any of the signs.

If you find any, don’t forget to notify your nearest Local Council Development Area (LCDA) and carry out an immediate evacuation and professional response.

You will not just be saving your properties, but also lots of human lives. 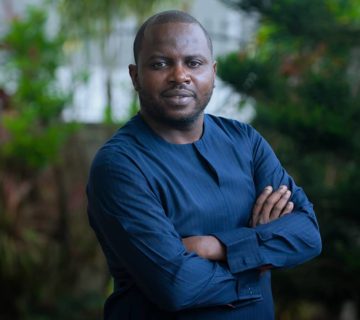 Creating, Nurturing And Protecting Your Brand 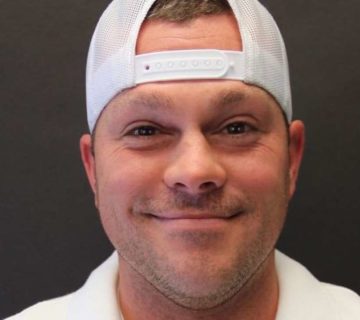